Does Wfview support, or plan to support multiple radios e.g. IC-9700 & IC-7610?
Multiple instances running concurrently, or a method of switching between radios?

This is an area we need to improve upon. The way to do this right now, is to save your preferences and make a copy for each rig. Open wfview for one rig, copy over the preferences, and then open a second copy of wfview. I’m not even sure if this is practical on windows. For linux, it can be a shell script launcher for each rig. It’s really not ideal, I know.

For serial port radios, the --port command line argument can be used to specify the port.

You can definitely expect this to be something we put a lot of work into for the second release. I’d really like to be able to make shortcuts for each rig on my desktop, for example. If you have some ideas on how you’d like to see this implemented, please let us know, we need some ideas here.

I’m interested in this project, for myself and the local club. I’ll probably wait until it reaches an official beta release before trying to use it seriously.

I have an IC-7610 (which I use with transverters…) and an IC-9700. For VHF/UHF I often use the IC-7610+transverter as the main operating rig using a Yagi, but use the IC-9700 as a secondary monitor receiver on an omni-directional antenna

DXLab offers a simple on-screen push button to allow multiple (up to 4) rigs to be selected/controlled, It also has an option for transverters allowing the user to enter the on-air frequency, and to automatically apply the offset frequency for the frequency used to control the rig.

What I think we will do is allow for radio “profiles” which can be selected on startup or even specified as a commandline argument on startup (and thus specified in a desktop launch icon).

That sounds like a reasonable approach. But being able to dynamically switch between radios can be of use during multi-band contests

From the screen shots I 've seen so far looks like this is going to be a great system. Another local is already doing some testing using an M1 Mac and has made some enthusiastic comments.

Yes, you are 100% correct there on your advice. We made a lot of progress very rapidly, but now we are starting to see a lot of desired functionality that we just didn’t anticipate. Such as dual-VFO radios, multiple radios, etc. The good news is that it’s c++ code and pretty modular, so we should be able to work in these features. But you’re right, being forward-looking is the right approach.

under linux with some scrpts you can have multiple rigs at the same toime but it’s a hack and as said already – something we have on the roadmap.

In y test env I have four radios currently running at the same time.

all on a single screen.

The downside of the hack is that every change you save will not be retained and al changes/adds on config files need manual work to get in the “saved profiles”.

Hi, I own a 7300 and 9700.
starting wfview from a command line will connect to one of the two. Starting a second instance of wfview will come up with the settings of the first instance. Changing the USB port settings in the second instance, saving them, exiting wfview and restarting wfview in the same terminal, it will show up with this settings and both TRX can be controlled.
Manjaro Linux is my operating system
73 Jonas DJ4WIL

We have added a feature where you can specify the config file, thus allowing one to have a config file for each radio, and then to create shortcuts (or .desktop launch icons) that specify a radio config file on launch.

The command-line argument is -s or --settings followed by the end piece of the filename. For example, the normal linux path is:
/home/jonas/.config/wfview/wfview.conf

but you may make some copies of the file into the same directory, such as:
/home/jonas/.config/wfview/wfview-9700.conf

I’ll add more in the User Manual about this soon, it’s a relatively new feature that I haven’t tested out much.

What Elliot writes is how I test multiple devices. Yesterday just before release time, I had 6 instances running on a laptop.

I indeed have separate config fies in ~/.config/wfview and just call wfview -s /path/to/config/file
in the desktop shortcuts.

So basically “it works fine”.

Firstly for the 9700, there is no reason to use USB as the waterfall on LAN connection is MUCH smoother. As far as the 7300 is concerned, this is always going to be an issue as Linux allocates ttyUSBx devices as required so we have no idea which rig will get which ttyUSBx device.

And see what entry is the 7300. Then you can hard-code that line into the preference file. The 9700 should have a similar naming scheme.

You can read more about serial options in our user manual. We detail a way to use UDEV and give each device a nice name such as /dev/IC7300.

Hi Elliot,
thanks for the information and your very quick response, will try that tomorrow.

udev is the best way. 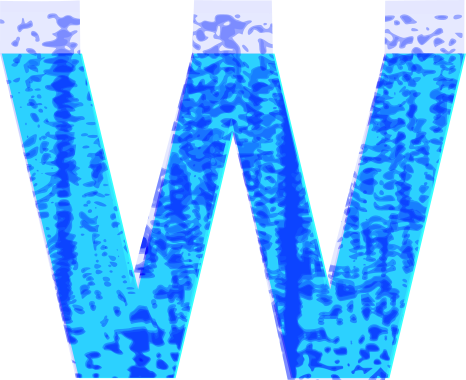 UDEV rules or how to find your rig at the right port (linux) · Wiki · Elliott...

We have the udev rules in the user manual now:
https://wfview.org/wfview-user-manual/serial-port-management/

It’s basically what you had on the wiki, just with wordpress formatting

Hi Elliot,
ok, I set up the udev rules as shown in your good manual. It works (as almost by following RTFM…)
But if you change something in the config file for the actual radio that will also act to the ohter radio on starting wfview. reason is, that there is only this one “wfview.conf” file.
So having a config for each radio, e.g. wfview_9700.conf and wfview_7300.conf is mandatory and for starting wfview the --settings parameter should also be used.

Yes, the --settings parameter is needed. Using that, one can have a settings file for each rig.

But it has not worked.
Since when the configuration is changed in any of them, it is changed for all.

I’ve tried looking for some .ini file, or .conf
But in Windows there are no those files.
As far as I deduct that the configuration must be saved in the Windows registry.
And if that is so, although it could be changed medium of a file, including each configuration when it is necessary, I think it would be more convenient to do as the rest of the programs do.
WSJT type
That in the shortcut of the program you will be paid a comfort, or start of configuration file and so you can start as much as you want.
a greeting.